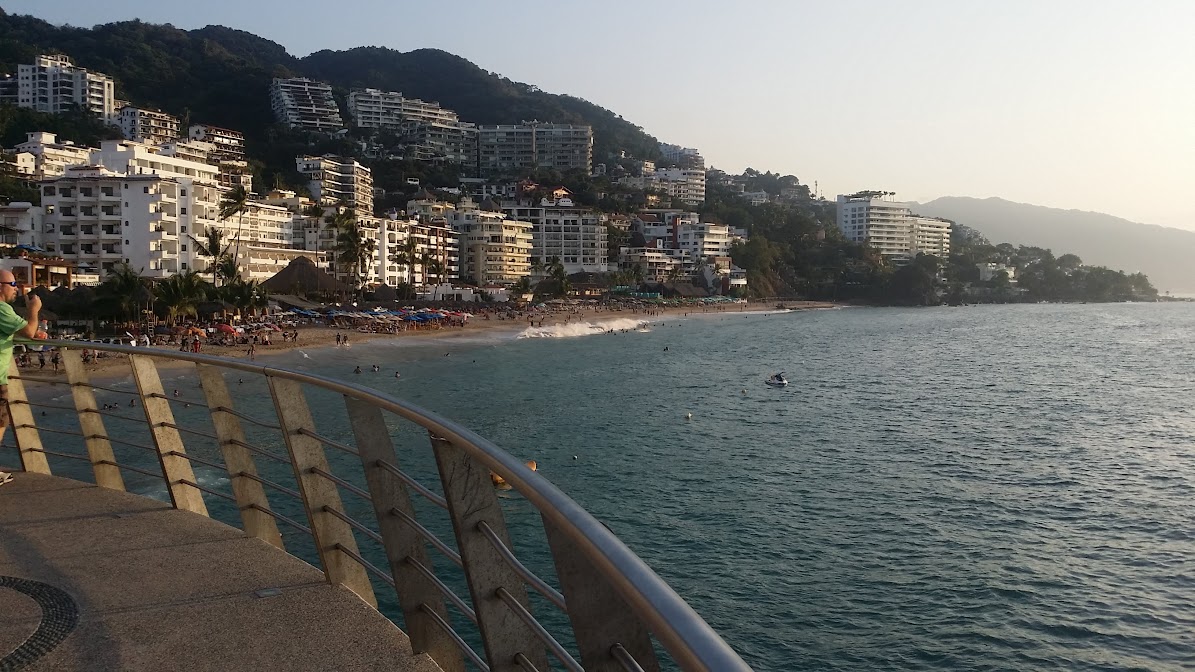 During my previous visit to Puerto Vallarta, I was able to connect and talk to some Filipinos living in that part of Mexico.

I only expected to meet up with a Filipina restaurant owner and I was surprised to bump into another Filipino-Canadian who owns a condo there. And also, during my talk with the Pinay restaurant owner, she told me that there are two more kababayans there. One is a retiree from the US and the other another resident of Puerto Vallarta.

Puerto Vallarta is a very popular beach vacation destination in Mexico. Some of my Filipino friends in Canada are regular visitors of the resort city. It is a popular vacation and retirement destination for many Canadians. As a matter of fact, when you walk about in the Malecon area, it will not be surprising to see a Canadian flag hanging from the balconies.

I already expected to find many Canadians there but what I’m interested in was to hangout with a kababayan. It’s not very common to see a Filipino living or retiring in Mexico. Not even Filipinos from Canada or the US.

I met Jess (not his real name), the Filipino-Canadian who owns a condo in Puerto Vallarta, while going for a breakfast at a restaurant near the Basilica de Guadalupe at the Malecon.

I was getting prepared to have a seat when his group, who just concluded a walking tour to the Cross on top of the hill, asked if I would be willing to share my table with them because the restaurant was packed at that particular time.

I was wearing a shirt with a Philippine flag printed, so when Jess saw this, he greeted me with the usual – Kumusta, kabayan!

I already noticed that he looked Pinoy when I first saw him but I had second thoughts because of several instances at Puerto Vallarta, I mistook ship crews of other nationalities (Thai, Indonesians, Vietnamese, etc) for a Pinoy while going about in the city. Puerto Vallarta is also a popular stop for cruise ships coming from the US, by the way.

Jess and I talked while having breakfast and he introduced me to his German-Canadian wife and we chatted along. After breakfast, they invited me to see their condo unit in the city, which was just a short bus-ride to the Malecon and very walkable to a nearby beach – Playa Camarones. The condo was located uphill and when you get to their unit, the view from the balcony was spectacular! 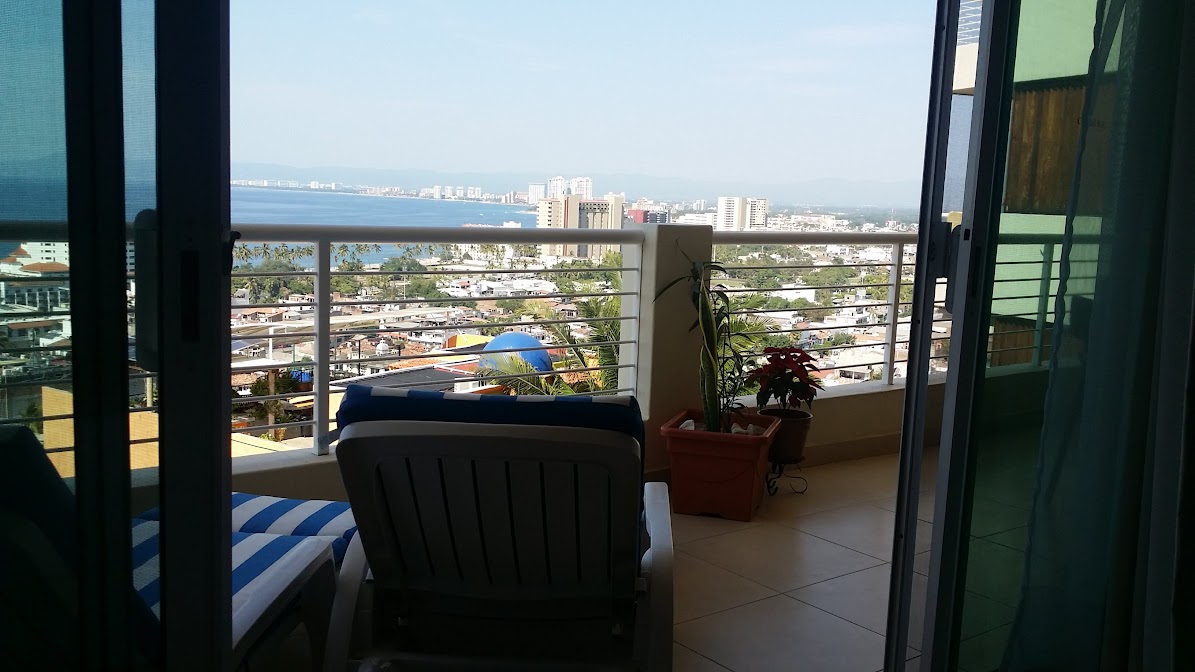 View of Banderas Bay from the condo

You have a full view of Banderas Bay from the balcony and the hills on the side. They told me that they bought the unit 5 years ago and costs them US$250,000. If that condo were in Vancouver, that would easily cost a million dollars – but not so in Mexico! There are million dollar houses there but if you are willing to compromise a bit on the location, a bargain is not impossible to have.

Anyway, while enjoying the view and a cold bottle of beer, the three of us talked a lot about family, being self-employed, investing wisely, life and living in Canada and most of all – retiring early in Mexico, my favorite subject.

I got a few very good tips from this husband and wife team and I’m sure glad I was able to connect with them.

Next kababayan I want to talk about was the restaurant owner. Let’s call her Jo (not her real name). She’s been living in Mexico for quite some time and she told me that she was a former ship crew, until she decided to live with her Mexican girlfriend on-shore in Mexico. Being an experienced service crew, she didn’t have a hard time finding work in hotels in Puerto Vallarta. In fact, she told me that the pay for skilled person like her was very good at Puerto Vallarta’s hotel zone. 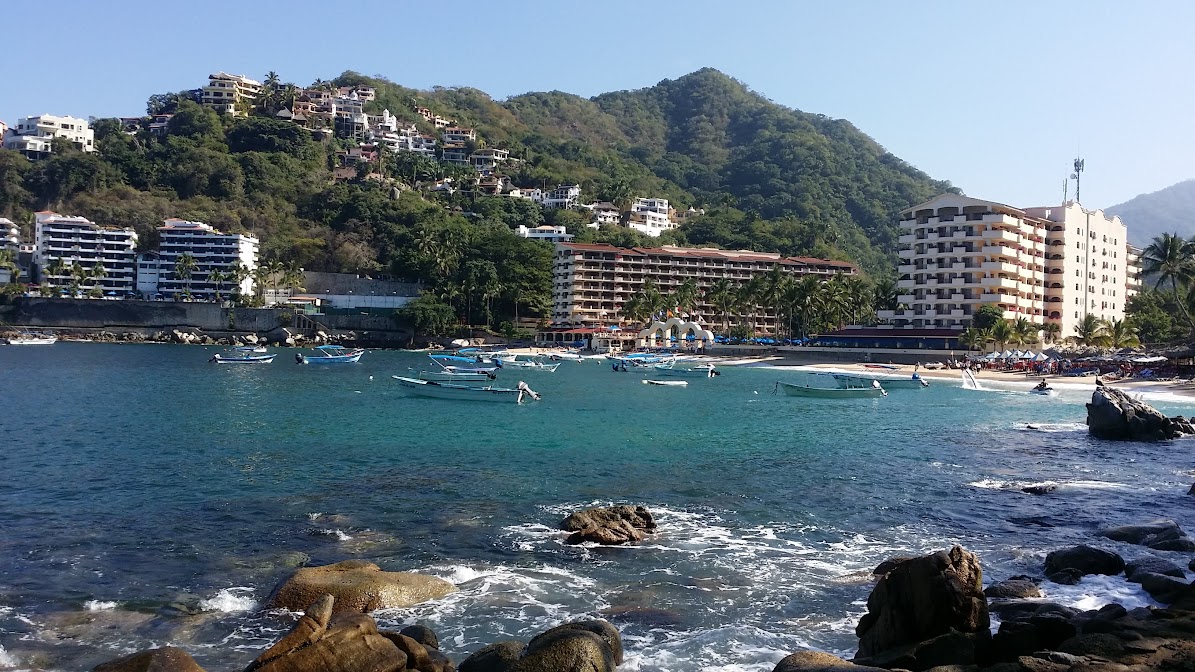 A beautiful beach near Puerto Vallarta

While I was at Puerto Vallarta, whenever possible, I volunteer to help at this kababayan’s restaurant. And by doing so, I was able to talk in length to a kababayan about life in another country not very popular to Filipinos. I was also able to meet other Pinoys who were cruise ship crews and were patronizing the Pinoy restaurant. It was also during one of our talks that Jo told me about two other Pinoys that she know who were Vallarta residents. One was a former colleague and another a retiree from the US.

I’m very interested to meet and talk to the retiree from the US because I’d like to know his experience and maybe, ask for some tips about moving to Mexico. But luck wasn’t on my side because we didn’t chance on each other during the several times I volunteered at the restaurant. There’s always a next time anyway.

I’m very satisfied that slowly, I am getting to meet other Filipinos in Mexico through my effort in locating them. Thanks to the internet & Facebook, the task was easier than what it would have been without it.

I plan on staying at Puerto Vallarta again for next winter but I would probably move along the Pacific coast in connection to the research on the Manila Galleons I started – that I neglected doing while at Puerto Vallarta.

Taking Public Transport from Airport to Hotel in Mexico City